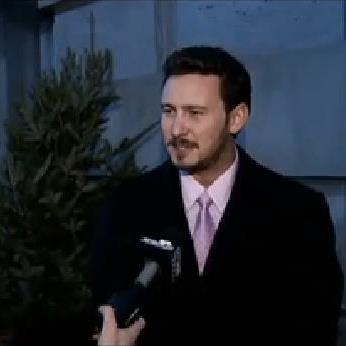 Fort Myers, FL—April Freeman has announced that David Levin, 28, of Naples, Florida, will be taking the lead to manage her campaign for Congress.

Prior to his position on Freeman’s campaign, Levin has held leadership roles in races for New York City Comptroller, New York State Senate, and for U.S. Congress.

“My family lives in Florida’s 19th Congressional District, so this race is particularly important to me,” said Levin.

“The 19th District used to be known as a wonderful place to live, but now it has acquired a national reputation as the home of the ‘cocaine congressman.’ Something has to be done to correct that and to elect a person who understands the concerns and hopes of the people and businesses of the district."

Levin attended West Point, graduated from the State University of New York, and served honorably in the United States Army. He is neither a registered Democrat or Republican and has worked with candidates on both sides of the aisle.

“When I first moved to Southwest Florida, I kept an open mind about which candidate, if any, I would like to work for,” Levin said. “After learning the lay of the land, it is clear that April Freeman, a moderate Democrat, is the best person to represent the people of Florida’s 19th Congressional District.”

He added: “There are 330 days until the 2014 midterm election, and I will work hard everyday, for April Freeman and for the people of Florida’s 19th district, regardless of their party affiliation, until the final ballot is cast on that first Tuesday in November.”

Freeman will face the winner of the August 2014 Republican Party primary.

April Freeman is a wife, mother and businesswoman who lives in Cape Coral, Fla. She is chief executive officer of Spiked Heel Productions, a full service film and television production company with offices in Southwest Florida, California and Michigan. She was an organizing fellow for President Barack Obama in Lee County, Fla., in 2012 and served as deputy state lead and press liaison for Florida for the National Day of Service.