NAPLES — A dustup over attendance forced the League of Women Voters of Collier County to cancel a congressional candidate forum scheduled for next week.

Becky Newell, president of the League of Women Voters of Collier County, said the organization canceled the May 20 congressional District 19 candidate forum. The decision came Monday after organizers said Cape Coral Democrat April Freeman didn’t confirm in time that she would attend.

“It makes no sense to do it under the circumstances,” Newell said. “We had originally planned to go ahead with the forum with three candidates. When we couldn’t get final confirmation, we just decided it wasn’t a fair situation.”

Bonita Springs Republican Curt Clawson had declined the invitation, citing a previously scheduled obligation. The organization asked the remaining three candidates to confirm they would attend.

David Levin, Freeman’s campaign manager, said the campaign twice confirmed attendance, first on April 29 and then on May 1. Those confirmations, however, came before a May 7 request for final confirmation.

Newell said she heard from Freeman on Monday that she intended to come. But by then, the forum already was canceled.

While a miscommunication may be to blame, candidates are using the cancellation to point fingers at one another for debate dodging.

Not true, said Clawson spokesman David James, who noted the forum was scheduled after “we had other commitments including one of many GOP unity events previously planned.”

“We are of course planning to do a debate, but are still sorting through the many options right now,” he said. Clawson “already participated in several forums this spring where Ms. Freeman was a no show; and sadly again it would seem Ms. Freeman is being nonresponsive to debate organizers.” 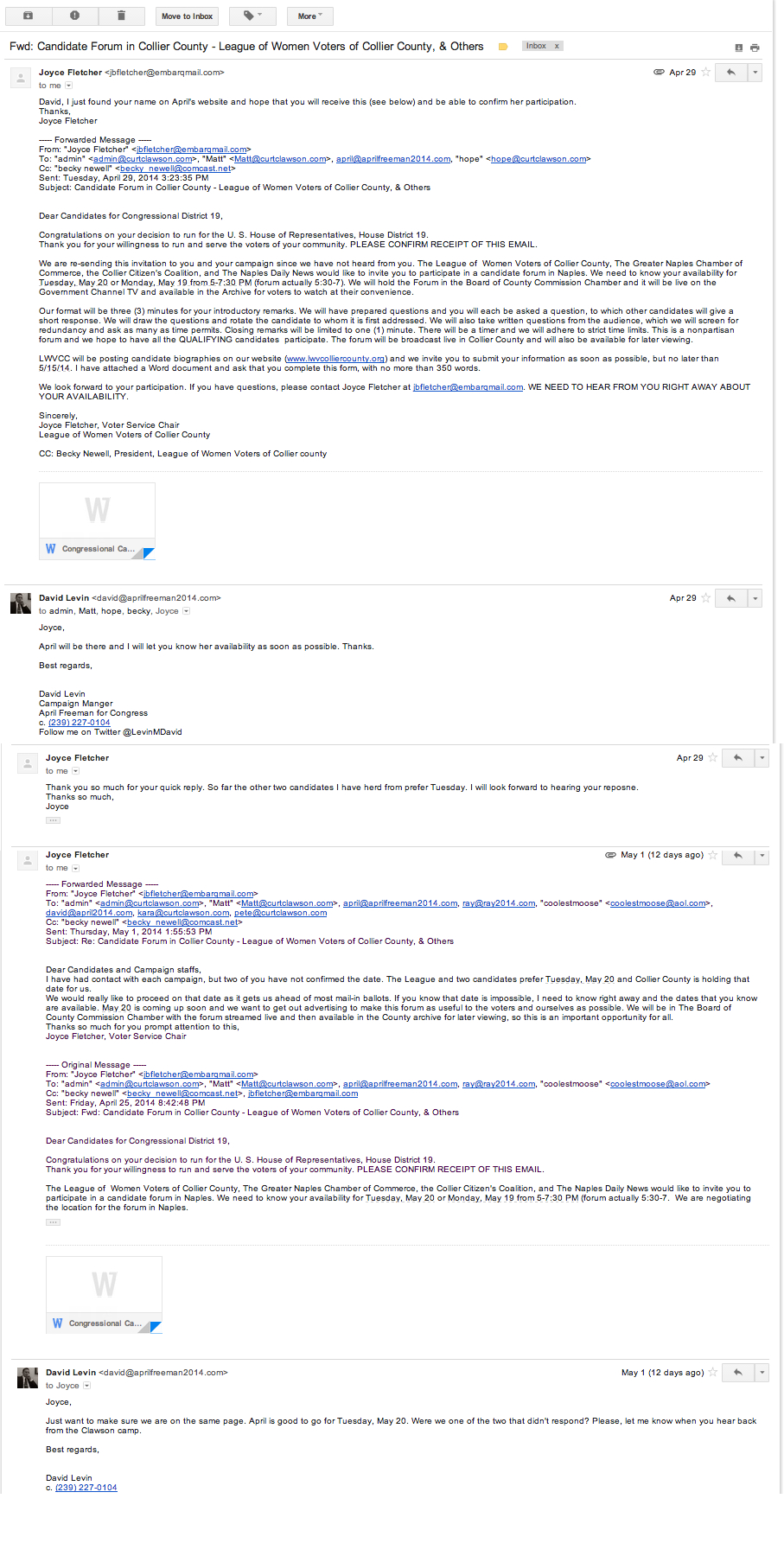