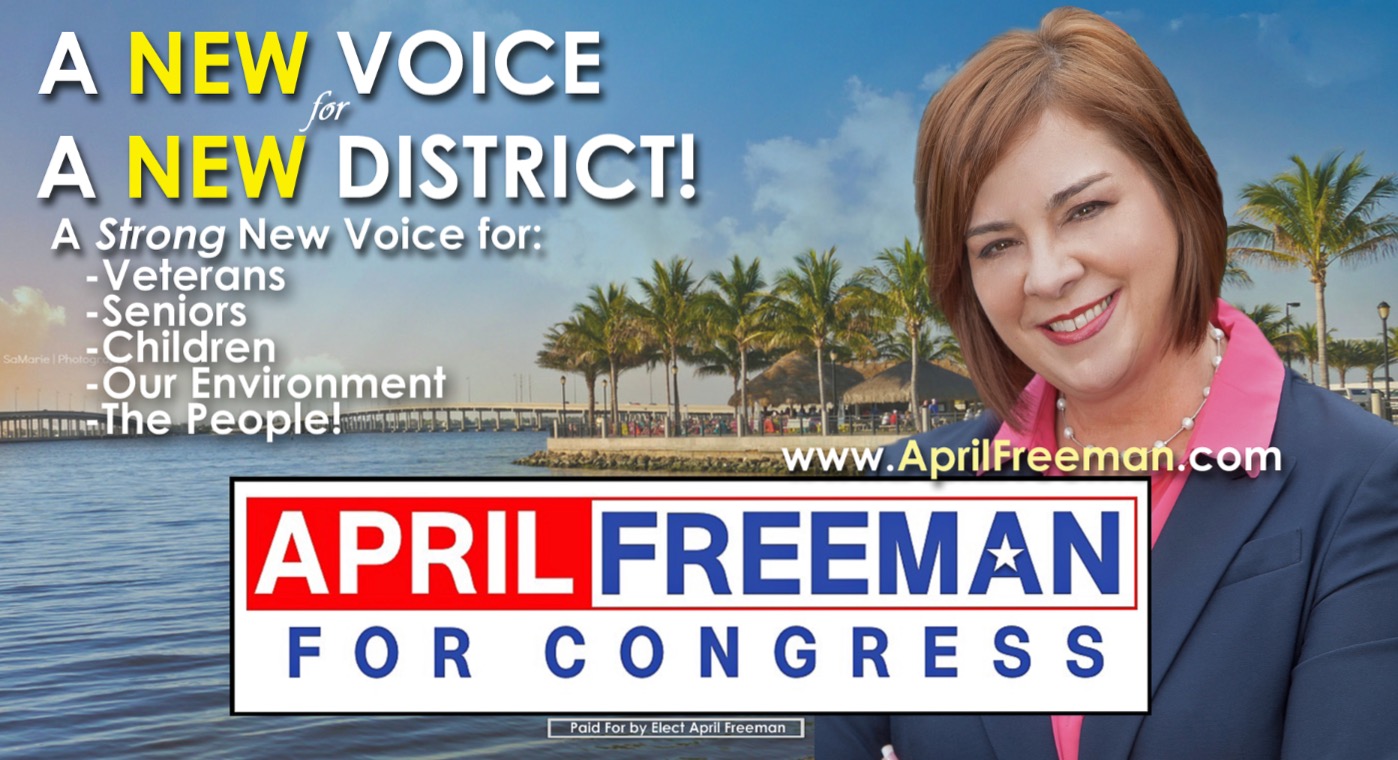 North Fort Myers, FL: April Freeman the 2014 and 2016 Democratic Nominee for Congress in Southwest Florida has officially announced, she will go another round against Rep. Tom Rooney for the District 17 seat in 2018.

Freeman officially announced her plans to run again during a keynote address she gave Saturday at the Democratic Party of Highlands County - Leadership Blue Gala in Sebring. Where she said; “If Tom Rooney doesn’t want to do his job, I’m happy to do it for him. Please send me to Washington to be your voice.”

An outpouring of support, good wishes and requests that April Freeman run again in 2018 started rolling in to the Freeman campaign less than a week after the November election. With only 5 months to spare, the Freeman Team tackled the treacherous 17th Congressional District that encompasses 9 Florida counties covering an estimated 7,693 square miles in Southwest and South Central Florida.

What happened across the country in 2016 is unprecedented, and could not be predicted but election results brought with them very good data about Freeman’s race. She won the race in many precincts —one in particular gave her 93% of the vote, and in many areas across the nine county district the outcome was over the 50% plus 1 vote required to win.

“I have always felt the redrawing of the 17th Congressional District was a great fit for my candidacy,” said Freeman. Followed by; “Data from the district shows favorably for a Democrat. Sen. Bill Nelson won the redrawn district in 2012 and President Obama’s numbers brought the district to 48% Democrat. April concluded; “Running a campaign in a district this geographically large (one of the  largest in the country) is a daunting task and can be cost prohibitive, which is why it is important to start now.”

Freeman’s field director and data analyst Peter Imhoff of Englewood was happy to comment stating; “Our campaign did well in the areas we focused on with limited funding for a district so large, and now we know where to further focus our energy and resources to be successful in 2018.”