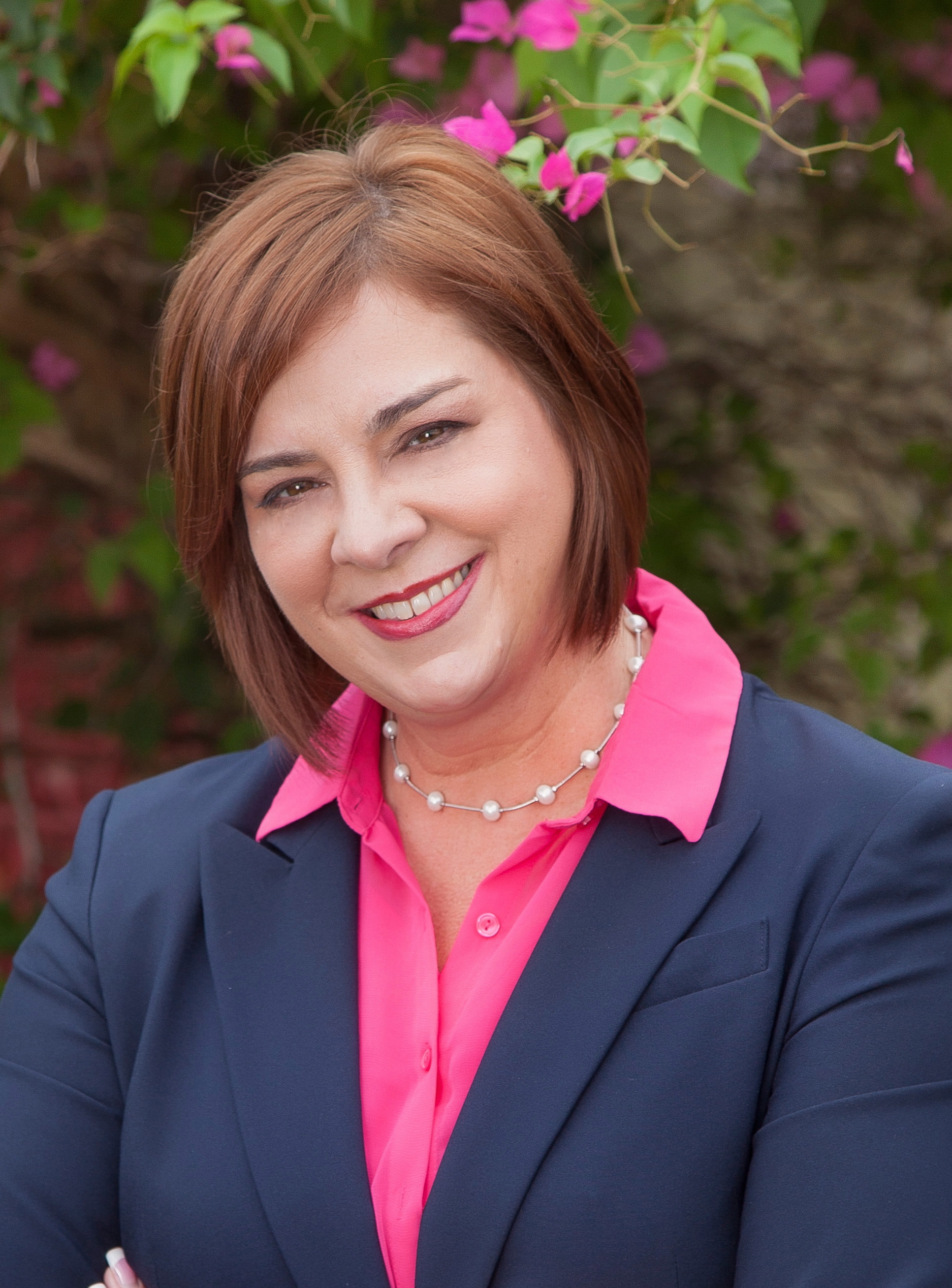 We need members of Congress who have the guts to stand up for what's right and who will work tirelessly for constituents. April will be that strong advocate, who will serve with honor in Washington.

Through her Aunt and Great-Grandfather, April witnessed the positive effects caring elected officials have on a community. April, also learned the value of hard-work and determination growing up the oldest daughter in a working family. Which is why she spent the last two Election cycles running to be a representative in Congress.

April's goal has always been to advocate policies that will better serve the needs of people right here in Florida.

As your representative, April will defend our community, our seniors, our children, our veterans and our environment by pursuing policies that make sense and work. April will work with other elected officials to ensure everyone benefits from policies that will impact them positively.

April has the experience necessary to help lead our country into and through the next decade. She spent several years educating young voters enrolled in two year programs on the importance of voting. Her extensive work and studies in communications at University of Michigan in Ann Arbor, Michigan, along with additional courses she completed in Environmental Science, Economics and Political Science at Yale University make her a perfect advocate for Florida residents and our extremely sensitive ecosystem. Freeman is a 2013 Graduate of the Women’s Campaign School at Yale, through Yale Law School in New Haven, Connecticut.

April has been a business owner for more than 32 years. She has worked in film and television production, specializing in development, finance and brand licensing. This gives her experience not only working on large budget productions, but also completing them on time and under budget. You can see some of her work like “Hemingway and Gelhorn” on HBO.

Most recently, April has teamed with a group of knowledgeable politicos to form the Political Consulting Firm - Freeman & Associates.

April works tirelessly to raise money through the means of grassroots donations, because she believes in grassroots campaigning to its core, and wants to ensure that people who donate to her campaign are aware of her personal investment.

April is a long time resident of Southwest Florida who resides in Northern Lee County. She is married to her high school sweetheart David, who works as an HVAC Specialist. April and David have two daughters, and two adorable grandchildren.

April Freeman is a Writer and Producer who has specialized in Entertainment Promotions, Product Placement, Corporate Sponsorship, Marketing, Publicity and Public Relations for many types of creative artists and athletes who changed her focus to well established Entertainment Productions.

Since 1982, April has given her expertise to projects in the entertainment industry while making contacts with fortune 500 companies and "A list" celebrities in sports and entertainment.

In addition to her media production work, April has experience in finding funding for several charity organizations, working with major record labels, she has been responsible for finding sponsorship for concert tours as well as endorsement deals for artists signed to those labels.

April is the author to a series of children's books, a published sports writer, currently authoring a self help book and a political guide for women.

April has also worked freelance in the advertising industry organizing promotional projects, she was a key player in the City of Detroit Anti-Arson Campaign created and headed by Mayor Dennis Archer.

Before becoming a full time resident of Florida more than a decade ago, April worked on the election campaigns of several Detroit area politicians.

In addition to April's long public relations background, she has musical and acting experience and has worked as a design stylist & master floral/food designer for several magazine and catalog photo shoots, television commercials, public service announcements, short and industrial films.

April was named, honored and awarded the "2005 Business Woman of the Year" by the RCCC Business advisory council during a White House Dinner hosted by President George W. Bush.

WORK IN HER COMMUNITY:

April was a Get Out The Vote director in Cape Coral for the 2012 Presidential Election, where she set records for voter turnout.

As Deputy State Lead and Press Liaison in Florida for the Presidential Inaugural Committee’s 2013 National Day of Service, April personally organized 23 events, for more than 200 volunteers, who collectively pledged to donate more than 65,000 hours of service to their communities.

As an advocate for change, April spent nearly all of 2015 speaking to groups of students about the importance of voting.

In 2016, April took her voice to the big stage, speaking to thousands of people at events with Former President Bill Clinton and Vice Presidential Nominee, Tim Kaine.

April has chaired a number of community committees and organizations throughout her adult life, including the Fort Myers-Naples Chapter of The National Organization for Women.

April was a key player in the 1995 Anti-Arson Campaign led by Detroit Mayor Dennis Archer.

On a typical day, Detroit, Michigan reports 40 to 60 fires per day, but pre-Halloween pranks turned destructive in the 1970’s when hundreds of fires were set deliberately throughout the city.

A record of number of 810 arson fires were set during the 1984 Halloween period.

Arson is a violent crime and a public health problem that causes injuries and deaths, destroys homes, and destabilizes neighborhoods.

"I fully understand the importance of community participation and multi-sectoral partnerships in program planning and implementation." --April Freeman