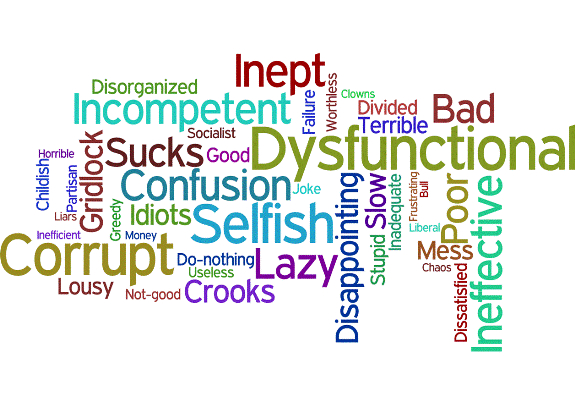 Let's take a minute to talk about what happened in Washington over the weekend.

The Appropriations Bill was greatly disputed and here's why.

PLUS: The House GOP gave Wall Street a nice gift this Holiday Season by adding a provision that partially dismantles Dodd Frank by repealing the rule: 'Prohibition against federal bailouts of swaps entities'.

Simply stated: This puts taxpayers back on the hook for bailing out big banks when banks engage in risky behavior --AND THAT IS JUST WRONG!

We need to be doing the opposite on all four of the points I've mentioned --And that is just the beginning.

This is the direction our country is heading in.

If our Congress is going to allow large financial donors to hold our country hostage for their own financial gain, WE NEED TO TAKE A STAND!

We need to fix this in 2016 by sending representation to Washington from Southwest Florida that you can be proud of.

I will make you proud.

Let's take a stand now. Right now and show large organizations like EMILY'S List and our National Party that southwest Florida is not going to be ignored --Not this time.

With your early support, we can take a stand, we will not be ignored and we will send a representative to Congress who will put the interest of the people first.

Thank you for your early and continued support,